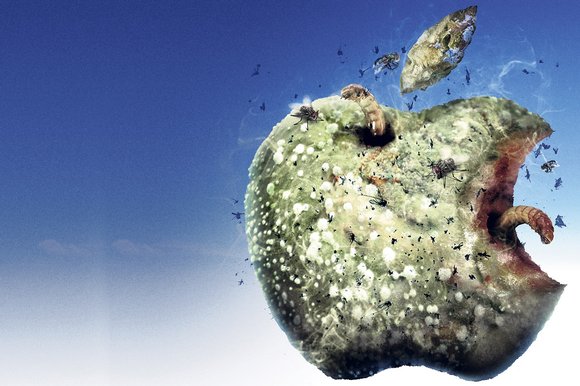 Apple Operations Europe (AOE), a cash funnel for about two-thirds of the worldwide profits from iPhones and iPads, is at the centre of a shadowy accounting nexus that siphons billions away from the taxman every year.

Last week, an American congressional committee accused Apple of using AOE and two other Irish affiliates to pay little or no tax on a staggering $74bn (£49bn) of foreign sales over the past four years.

Despite generating enormous profits, these entities were “corporate ghosts” that performed “alchemy” ruthlessly to exploit loopholes in the American and Irish tax codes, said Carl Levin, chairman of the Senate permanent subcommittee on investigations.

Although registered in Ireland, AOE and its two sister companies claimed not to exist in the republic, or anywhere else, for tax purposes. As a result, the rootless entities had not filed accounts for five years, according to the devastating Senate report into the tech giant’s offshore activities.

Apple would bring its cash hoard home — but only if the tax rate were slashed to a single digitThe row over Apple’s tax affairs has shone an uncomfortable light on the gossamer touch of the Irish tax code, which attracted a slew of tech companies to its shores.

The controversy also exposes how Apple and other multinational corporations are running rings around the taxman, squeezing through the tiniest gaps in the patchwork international tax code to dodge taxes.

Apple, famed for its innovation, has built up a cash pile of $150bn thanks to its ground-breaking smartphones and tablet computers. But, in the creative stakes, its tax advisers are just as nimble.

Over recent years, it has managed to stash more than $100bn in its warren of Irish companies, out of reach of the taxmen in America, Britain and other big markets.

Cook told Congress that Apple does not employ “gimmicks” to reduce its tax liabilities and complies with all existing laws. “We pay all the taxes we owe — every single dollar,” he claimed.

Eric Schmidt, Google’s executive chairman, delivered a similar message at the internet giant’s annual Zeitgeist shindig in Hertfordshire last week. As the controversy raged over how Google shifts the bulk of its British revenues into a Dublin-based division, Schmidt said governments, not companies, “should decide what tax policies should be”.

In essence, Apple and Google argue that they are simply following the letter of the law.

In the relentless pursuit of profit, though, the flagrant tax avoiders risk sullying their reputations, as well as undermining the integrity of the tax system. If austerity-hit consumers see big companies avoiding taxes on an epic scale, they may become less likely to comply with the law in the future.
THE PRESIDENT of the United States said: “Recently, more and more enterprises organised abroad by American firms have arranged their corporate structures to exploit the multiplicity of foreign tax systems.”

He complained that “artificial arrangements”, such as shifting patent licences overseas, allowed large businesses to “reduce sharply or eliminate completely their tax liabilities both at home and abroad”.

That sharp analysis could have been delivered by Barack Obama. But it came from another Democratic president famed for his eloquence, John F Kennedy, blasting the corporate tax-dodgers way back in 1961.

Despite JFK’s intervention, large companies seem to have secured an unassailable lead in the game of cat and mouse with the taxman. Since 1952, corporation tax as a proportion of American federal tax revenue has fallen from 32.1% to 8.9%, according to the Senate study into Apple’s tax affairs.

Much of the reduction is the result of companies moving their intellectual property into subsidiaries in low-tax countries such as Ireland, or into tax havens where profits accumulate out of reach of the Internal Revenue Service (IRS). According to one study, America’s largest companies are hoarding $1.46trillion in overseas subsidiaries — an increase of 14% over the past year alone.

Apple is in the vanguard of this mass exodus of capital. Since opening a plant in Cork in 1980, the company has built an opaque offshore network the likes of which “we have not seen other companies use,” said Levin, the Democrat senator.

Apple’s legitimate dodge rests on the concept of transfer pricing, where companies channel profits into low-tax nations and pile up costs in high-tax jurisdictions.

The main plank in Apple’s tax avoidance ploy is Apple Sales International (ASI), an Irish subsidiary without a tax jurisdiction. When a British mobile phone company, for instance, places an order for iPhones or iPads, ASI takes ownership of the devices at a very low cost from the Chinese plants that make them for Apple. Without the goods ever touching Irish soil, the gadgets are shipped to the British customer with a huge mark-up.

An accounting rule enacted by JFK, called Part F, was designed to outlaw this egregious avoidance. But Apple has found a way around the curb by creating two more subsidiaries, AOE and Apple Operations International (AOI), which are also Irish-registered but have no staff and are not subject to tax anywhere in the world.

Overseas profits flow from ASI through AOE and into AOI, which is the main holding company for Apple’s overseas operation. Thanks to a loophole called “check the box”, Apple can tell the IRS to “disregard” the profits generated by ASI and look only at the parent company, AOI.

As the American taxman does not tax dividends received by overseas holding companies, Apple can avoid paying US corporation tax on any overseas profit. This amounted to $44bn between 2009 and 2012.

Apple readily admits that these three Irish subsidiaries are controlled from its Silicon Valley headquarters. Indeed, the fact that they are not operated in Ireland means they can largely escape paying Irish corporation tax.

The argument over where Apple should be paying taxes on its overseas profits boils down to where “value” is created in the complex supply chain that turns a smart idea dreamed up in a Californian lab to a device sold in a shop in Calcutta.

Many years ago, Apple transferred to one of the Irish subsidiaries the rights to 60% of its intellectual property — the snappy software and designs that account for the bulk of the retail price of its products.

Because of this arrangement, Apple argues, overseas profits should be taxed in Ireland as the Irish entity is the owner of most of its inventions.

Levin believes the transfer was an artificial transaction to slash Apple’s tax bill.

The senator said that “95% of the creativity that goes into a product is in California but two-thirds of profits are in Ireland”.

The Irish profits are taxed at just 2% under a special arrangement that Apple claims to have agreed with the Irish government, although Enda Kenny, the Irish prime minister, has denied cutting a sweetheart deal with the company.

As happens with Google’s sharp accounting tactics, the British taxman receives next to nothing from the phenomenal success of the iPhone and iPad. Apple’s latest accounts show that it generated UK turnover of a little more than £1bn for the year to the end of September 2011, and paid £14.4m in corporation tax on reported profits of £81.3m.

However, it is estimated that British consumers spend about £7bn a year on Apple gadgets, and Apple employs several hundred people in Britain to sell devices to wholesale customers, such as retailers and mobile phone providers. ALL countries agree that sweeping reforms are needed to close the loopholes in the international taxation system.

“The global tax regime is pretty arbitrary. If you started with a clean sheet of paper, you would not design it like this,” said Michael Devereux, director of the Oxford University Centre for Business Taxation. “It distorts where economic activity takes place.”

Last week, the European Union signalled that it would order all companies operating in the area to spell out how much tax they pay on a country by country basis.

By demanding greater transparency, Brussels hopes to turn the screw on companies that use Ireland and Luxembourg as their European bases.

Yet it will take more than moral persuasion to force companies to pay more tax. One mooted reform is the so-called consolidated corporate tax base, which would take a slice of a company’s EU-wide profits and share it out among member states.

However, finding common ground among the 27 EU nations would make herding cats look like child’s play.

For one thing, small nations on the periphery of the economic bloc, such as Ireland, say they have to be able to offer incentives to attract much-needed foreign investment.

For another, Britain vehemently opposes European tax harmonisation. George Osborne, the chancellor, is fast catching up in the race to the bottom, with hefty cuts to the corporation tax rate. And changes to the controlled foreign companies laws, and the new Patent Box tax breaks, might even make it easier for companies to avoid tax.

As countries quibble and prevaricate, big corporations sense new weaknesses to exploit. Apple’s chief executive said last week that he would be happy to bring his foreign cash hoard home — but only if the tax rate were slashed to a “single-digit number”.

At the Davos gathering in January, the prime minister said tax-avoiding companies needed to “wake up and smell the coffee” — a none too subtle dig at the Starbucks coffee chain.

At the G8 meeting in Northern Ireland next month, Cameron is expected to redouble his attack and express his earnest desire to tighten the global tax system.

However, critics say Cameron should be judged by the company he keeps.

The PM retains Eric Schmidt, Google’s chairman, on his panel of business advisers. At a meeting with Schmidt last week, Cameron did not even raise the subject of the internet giant’s tax arrangements.

His rhetoric on avoidance is at odds with a series of measures his own government has taken, which could turn Britain into a shelter for tax dodgers. Since he came to power, Britain’s 28% corporation tax rate has been repeatedly cut; it will fall to 20% by 2015. This will help local businesses, but could leave Britain open to exploitation by firms shopping around for the lowest corporation tax.

Britain has always offered generous breaks for the creative industries, and the new Star Wars films are due to start production at Pinewood Studios next year.

The coalition has also introduced the Patent Box to spur the technology and drugs sectors. The relief cuts the level of corporation tax on profits generated from British-owned intellectual property to 10%. It is the sort of loophole big American tech firms have exploited, with Google and Apple both housing many of their inventions in Ireland, out of the reach of the US taxman.

The rules on taxing UK firms’ foreign subsidiaries are also being overhauled. Some experts think this will be an invitation to tax avoidance on a grand scale.