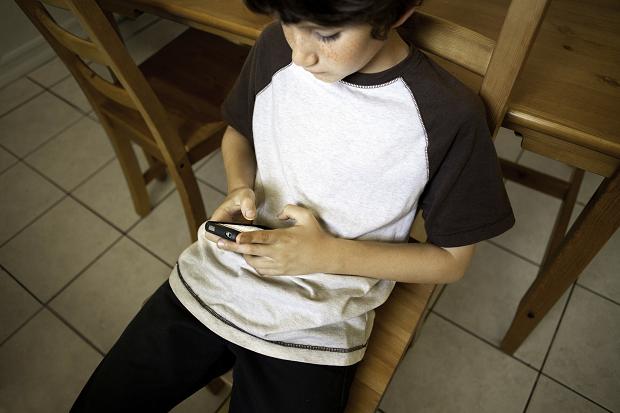 Using the touchscreens, children find it easy to open game apps and control them using swiping and prodding controls. But some titles, though free to download, often ask for additional payments to buy added features within the games, often at the touch of a button.

The Californian company has come under fire after many customers complained they had received bills for hundreds or even thousands of pounds because of their children inadvertently making purchases.

Under Apple’s new rules, app developers making titles for children under 13 must use a “parental gate” — a special password mechanism — for a purchase to be completed.

App makers are also unable to use “behavioural advertising” for apps aimed at under 13s. This means that marketers cannot show adverts based on how someone is using the app. Often, children have downloaded a paid-for title by tapping on an advert that had initially appeared within a free game.

The changes will apply within apps created for Apple’s new “Kids” section for its App Store, expected to be unveiled next month.

Apple has been under growing pressure to act on the issue after courts and regulators around the world began looking into complaints from parents.

In April, Britain’s Office of Fair Trading launched an investigation into the problem of in-app purchases made by children. Earlier this year, PhonepayPlus, the British regulator of premium-rate telephone services, said that the number of complaints it had received regarding children had risen by 300 per cent, and warned of the dangers of in-app purchases.

In February, Apple settled a lawsuit in the United States, compensating millions of parents who claimed that Apple had failed to provide appropriate mechanisms to prevent children making additional payments.

Apple is expected to pay total compensation about $100 million (£64 million).

Others have complained that they have been left in absurd positions to recover lost cash. Earlier this year, an Avon and Somerset police officer reported his teenage son for fraud after he unknowingly ran up a £3,700 bill playing games on his iPad.

At the time, Apple had refused to waive the charges PC Doug Crossan claimed his son Cameron accidentally incurred buying credit to play the games on the Apple App Store.

The officer decided to report his son when his credit card company said it could only refund the payments if he had been the victim of fraud. To prove it, he had to get a crime reference number from the police.

What’s the Safest Way of Storing Your Data

The Best Ways To Back Up Critical Data In 2015