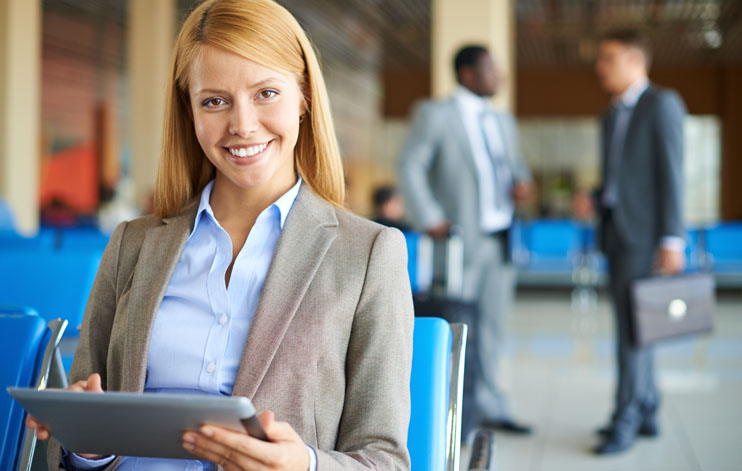 For the vast majority of business the only mobile workers are the traditional model of the on-the-road ‘salesperson’ based out of a company car with a laptop and a phone while the rest of the staff are connected to desktop computers in the office. In recent years ‘mobile’ technology has advanced in leaps and bounds and for many business it no longer makes sense to have rows of workers chained to a particular workstation.

Desktop computers have become ubiquitous because they are fairly easy to maintain and offer a good amount of power for their price point. Laptops used to be a much higher premium because of the need for reduced size components and the high-cost of an attached flat screen. Reflecting the demand for low cost laptops to use around the home the price has sharply dropped meaning a machine comparable to its desktop equivalent won’t cost a huge amount more and the components are in greater supply meaning upgrades and maintenance can be performed without breaking the bank.

All of this leads to one of the biggest challenges coming up for companies, that of flexibility. Technology equally both leads progress and is defined by it. New ideas and innovations can very quickly send the world economy down a different path, think of the mobile phone now and 30 years ago, but that very progress also dictates how that technology evolves. Without the introduction of social media like Facebook and Twitter the direction of mobile phones towards always connected smart devices could have been very different. Without the demand of sharing every thought with the world smart phones might never have become the must-have device they are today.

Technology development only seems to be going faster and as it speeds up so the world and how we do business in it will change at the same rapid rate. Flexibility and adaptability is often seen as a challenge for the non-physical elements of a company like its business plan and documentation. Where most fall down is planning how to implement that change for its staff and practices. It’s all well and good deciding to diversify into another market but if the staff aren’t prepared for, and unused to, change then that process will stall before it’s begun.

Engendering a culture of change and flexibility can begin in the basic working practices of the office. Taking out the big black box desktop units and replacing them with laptops will give staff a greater degree of freedom in where and how they work. Individual desks can then be converted to a hot-desk arrangement with docking stations to connect the laptops to regular monitors and peripherals for significant work sessions. This also allows a greater degree of freedom in which staff work together. Workers would no longer be tied to the members either side of them and groups can form or merge to reflect the needs of the business rather than personal politics.

For some companies this could even lead to a removal of the need for an ‘office’ all together. Utilising video conferencing and high-speed 4G networks when out and about means the need for a member of staff to turn up at a special building every week day is almost obsolete. Tied to Cloud storage and subscription ‘available everywhere’ software like Office 365 a business can move beyond archaic 20th century working.

Being flexible isn’t about reacting to change after it happens but being ready to adapt to a change before it hits and ensuring a future proof company starts with the tech it chooses the implement.