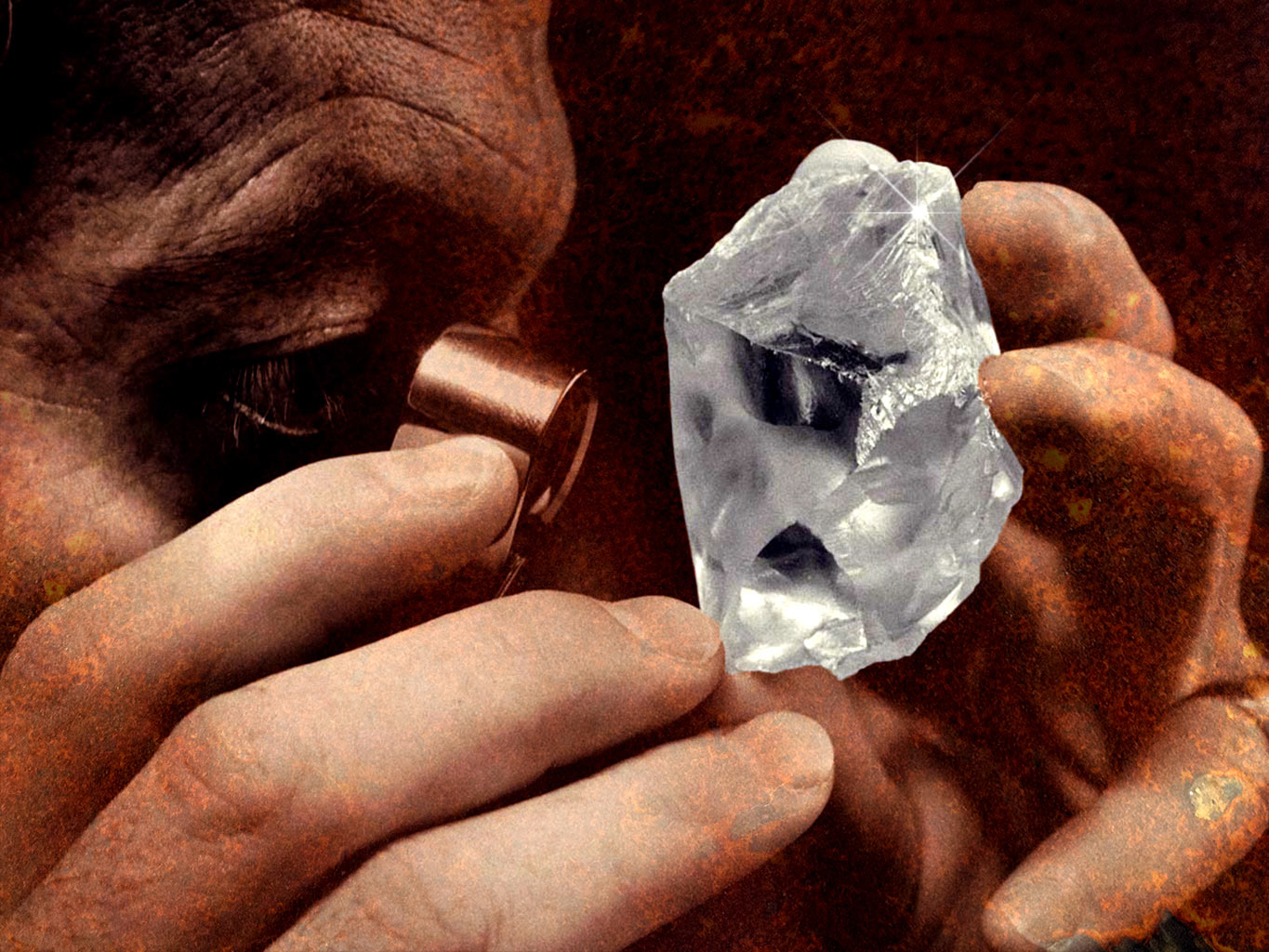 Development in technology affects every area of our lives – even if we don’t realize it. One aspect we take for granted is the production and creation of diamonds in the jewelry we wear. Most of us don’t think about how the gemstone is transformed from a rough stone to a multi-faceted beauty and even fewer of us consider the changes in technology over the years to achieve the scientific perfection of the sparkle and illumination of diamonds in rings, watches and pendants.

The origins of diamond cutting

The first diamonds weren’t cut at all – instead they were used in their natural shape and if they weren’t instantly suitable for jewelry then they were kept as loose gemstones. The first step was the polishing of the faces of the rough stone to enhance the lustre and the earliest cuts were to transform the diamond from a very irregular shape to one which more resembled the natural octahegral shape of the best diamonds being discovered.

The first diamond cut was called the ‘point’ and started in the 14th century. Diamond polishers were then established and a hundred years later the point cut was improved by halving it to create the table cut. It wasn’t long before further development took place in the shape of four facets being created through a slice being removed from each corner of the table cut gem. At this point there was not the brilliance a diamond of the 21st century would display but these early technologies meant that lustre could be incorporated.

The creation of the first symmetrical facets in a diamond was invented by Lodewyk van Berquen in the 15th century. He introduced pear shaped diamonds which were cut with triangular facets. It was another hundred years though before cutting and technology of the time truly went hand in hand when Antwerp diamond experts introduced the rose cut. This had symmetrical facets in a circular pattern; a first in the industry.

In the 21st century, the brilliant cut diamond is the most popular choice for this Houston jewelry expert as well as every other diamond producer around the world.  Three hundred years ago, the first brilliant cut stones had less facets than gems today; 17 were cut into the crown with this then being developed to 33 by Venetian polisher Vincent Peruzzi. For the first time in diamond cutting history, fire and brilliance were seen and were a vast improvement on anything seen before.

The 20th century; physics and computers

In 1919, diamond cutting was transformed by Marcel Tolkowsy. He perfected the absolute perfection in balance and fire in a diamond through his work in maths and physics. This work paved the way for how brilliant cut diamonds look today, complete with their instantly recognizable 57 or 58 facets.

Computers and lasers are now part of the day to day tools of a diamond expert; the software uses absolute precision to ensure the lasers lose as little amount as possible on the diamond when cutting and thus reduce waste as well as the creation of the optimum shape, symmetry of facets and overall beauty. Polishing is still carried out by hand but it’s the wonder of the computers which create the stones we see on sale today.

Ultrasound Probes and other Tech behind Doctors’ Offices

Data recovery hardware – What’s the best in the business