Most people don’t give a second thought to the keyboards they use with their computer systems. Some of them feel “cheap” and “plasticky.” While others have a soft, satisfying touch.

Modern computer systems don’t come with keyboards that offer much in the way of feedback these days. Old-school PC users might remember hardware built by IBM. And, to be precise, the IBM Model M keyboard. 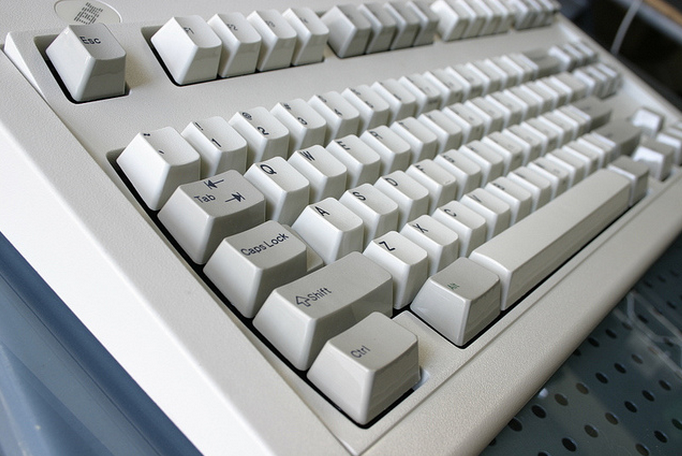 I realize that I’m starting to show my age now! But I remember using that same model of keyboard when I first started using computers. Fast forward to the 21st century. I had (wrongly) assumed that such mechanical keyboards were no longer “in fashion” in the computer world.

As it turns out, there is a strong following of users that prefer the tactile touch of mechanical keyboards. Of course, not everyone wants to use a keyboard that doesn’t have a “Windows” keyboard button on it.

Nor do they want to use one with a PS/2 or Serial connector on it. These days, it’s all about USB connectivity, don’t you know!

Are you are considering getting a new keyboard for your home or office PC? If so, should you make the switch from mainstream to mechanical? Today’s blog post will help you to find out the answer to that question.

So… Just what is a mechanical keyboard?

If you’ve never had the pleasure of using an IBM Model M keyboard before, you might not know just what is a mechanical keyboard.

In a nutshell, today’s mainstream keyboards have rubber “domes” underneath each key. They work in tandem with plastic membranes. They are cheap to produce and buy, and they are spill-resistant.

Mechanical keyboards use physical switches to determine which keys got pressed. Each key uses a plastic base, spring, and a stem. They produce that familiar “clicking” sound with every key press.

Are mechanical keyboards getting popular?

In a word, yes. For example, go to the Google website and search for “Mechanical Keyboards UK.” You will find a plethora of companies advertising and selling such devices.

Many consumers are getting bored with the lackluster choice of keyboards on the market these days. It seems there is a trend for getting “back to basics” due to the growing amounts of people buying mechanical keyboards.

It might surprise you to learn that the biggest users of mechanical keyboards are the gaming community! And, as you might expect, such keyboards are available in a range of colors and styles.

Scores of gamers prefer the “retro” feel of mechanical keyboards. And there is also another practical reason this group of people is making the switch. PC-based games often use keyboard shortcuts.

Sometimes it is hard to know when a key get pressed mid-play as gamers seldom take their eyes off the display in front of them!

What are the downsides to mechanical keyboards?

If you need a keyboard that gets used for plenty of typing work each day, mechanical keyboards are the wrong choice for you! They make an audible clicking sound. If you touch-type with such a device, it can sound like you’re using a typewriter!